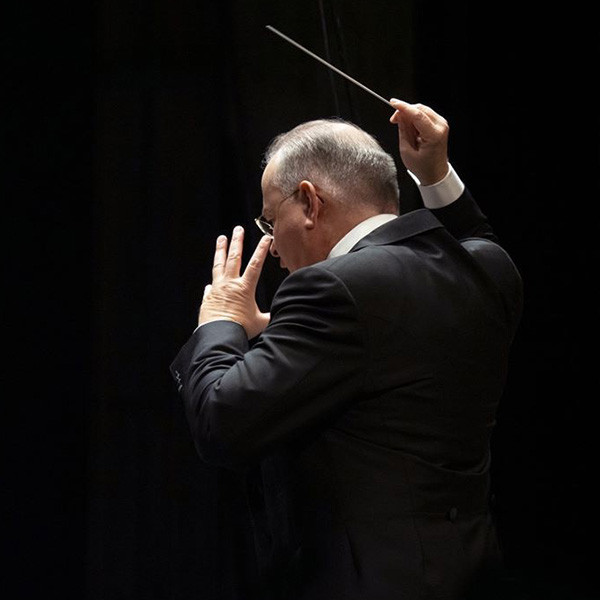 Attended the Conservatoire in Basil where he obtained a diploma in flute with prof. Peter- Lukas Graf, theory, composition and conducting.

As soloist and member of chamber ensembles he has won numerous contests including First Prize in the Swiss national contest for soloists. In 1984 he received a bursary from the Ernst- Göhner-Migros foundation.

Between 1989 and 2006 he was conducting teacher at the University for the Arts of Zurich and currently is wind band conducting and theory teacher at the University of Applied Sciences and Arts of Lugano. Since 1998 he is the conductor of the “Civica Filarmonica di Lugano”. he has been guest conductor in various Countries in Europe, North America, Central America and Asia. Above the notable career as conductor, he has often been member of jury in national and international contests.

Cesarini was nominated composer-in-residence of the Southeast Missouri State University in Cape Girardeau in Missouri (USA). He received numerous acknowledgements including the Prize from the “In memoriam Stephan Jaeggi” foundation.

Cesarini is a versatile composer. Above the original compositions for wind band, he has