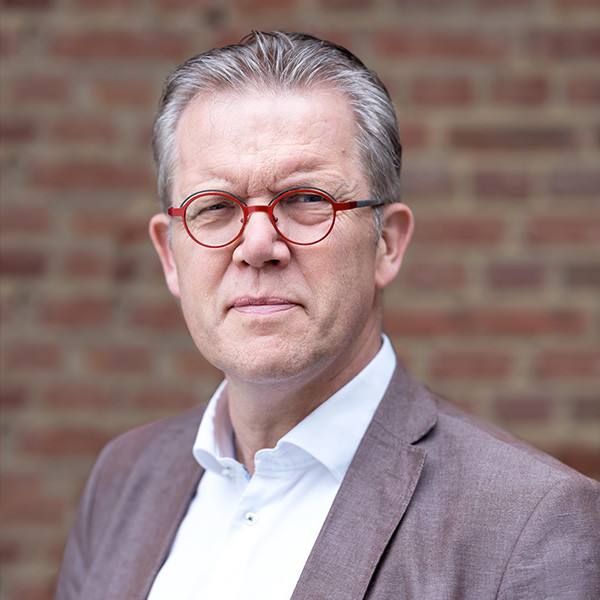 Alex Schillings was born In Gulpen, The Netherlands, in 1957, in a family where wind music and classical music played an important role in daily life.

At the age of 8, he joined the local community wind band as a trumpet player and started taking lessons at the music school in Maastricht. At the age of 15, he began studying trumpet, teaching and conducting at the Conservatory of Maastricht. In 1979 and 1980 he completed his education in Maastricht. In 1983, after having studied with Rien Rats, he obtained his master-degree in conducting, although, he continued studying conducting with Lucas Vis and Anton Kerstjes. Alex won various prizes during competitions both in the Netherlands and abroad.

In 1985, he was awarded the Silver Baton at the International Conductors Competition of the World Music Competition in Kerkrade. After that, for a period of 5 years he conducted a semi-professional chamber orchestra which allowed him to work with many great soloists and perform various symphonic repertoire. From 1995 to 2001, he was principal conductor of the Johan Willem Friso in Assen, The Netherlands, and from may 2001 to January 2002, he was principal conductor of the Royal Military Band in The Hague.

Alex often serves as a member of the jury in competitions both in The Netherlands and abroad, and as guest leader of conducting workshops for conductors of wind bands and fanfare bands in a lot of countries in Europe, United States, Cina and South Africa. In 2005 he was a member of the jury of the World Music Contest in Kerkrade. Currently, Alex is the principal conducting teacher at the ArtEZ Conservatory in Zwolle and the Royal Conservatory in The Hague. From 2004 till 2006 he was conductor of Brassband Schoonhoven and from 2005 till 2011he was principal conductor of the large Royal Windband of Peer in Belgium, both of which performing in the highest contest Division.

Since 2003 he works by Kunstfactor, the consult centre of wind band music in The Netherlands in Utrecht. While covering this position he started organizing the conducting courses “Lifelong Learning” and “Lifelong Learning International” which still run.

Since 2004 he is guest teacher for wind band conducting at the Universities of Alicante, Barcelona, Tarragona and Piles in Spain. Since 2011 he is often guest conductor of the Banda Sinfonica Portuguesa in Porto, Portugal. He had the pleasure to perform during the Salzburger Festspiele concerts in 2014 and 2015. On the occasion of the Festspiele opening concerts he conducted The Firebird/I. Stravinsky, Feste Romana/O. Respighi and The Moldau/B. Smetana. Since 2013 we are proud to have M°Schillings as one of the conducting teachers in our ISEB school. In 2013 he published his book ‘Metafoor’ which is a method for wind band conducting and a complete guide to the world of wind band management.

Since 2014 he is teaching wind band conducting at the Academy in Staufen in Germany. The name of this 4- year course is in fact ‘Metafoor’. For many years he has been responsible for the organization of the International Conductors course and Contest section of the WMC in Kerkrade, this included the development of his proposal of a Lifelong Learning International Conductors course, by carrying out a worldwide pre-selection course to select young talented conductors for the contest in Kerkrade. During the 2013 and 2017 edition of the World Music Contest he has been also a member of the jury.