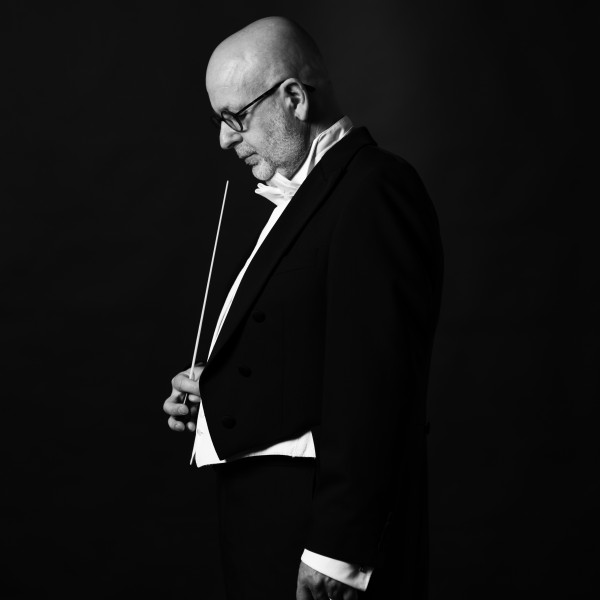 Bart Picqueur, Belgian composer and conductor studied at the conservatories of Ghent (B) and Tilburg (NL). He obtained master degrees for conducting, clarinet and music theory as well as a pedagogical diploma. Dirk Brossé, Freddy Arteel and Hardy Mertens were some of his inspiring teachers.

Since 2010 Bart Picqueur is principal conductor of the“Koninklijke Harmonie Ste. Cecilia Zele”. A band performing in the highest division of the Belgian amateur world. He performed as Guest conductor with several professional and amateur bands in Belgium and abroad. Among others: The Royal Band of the Belgian Guides, The Banda municipal de A Coruña, The Slovenian Armed forces, etc.

Still he’s better known to the wind band world as a composer. He wrote test pieces for the EBBC 2017, The ECWO and CIBM de Valencia in 2018. Other works have been recorded by leading orchestras such as “the Royal Band of the Belgian Guides”, “Osaka Municipal band”, “Rundfunk Blasorchester Leipzig”, “The Dutch Royal Military band” , Dunshan Wind orchestra etc.

As musical supervisor he recorded cd’s with the “Royal Band of the Belgian Guides”, the “Musikkapelle der Deutsche Bundeswehr” and the “RBO Leipzig”.

Beside his work as composer and conductor, Picqueur trains young conductors in his class in Ghent and at several master classes.